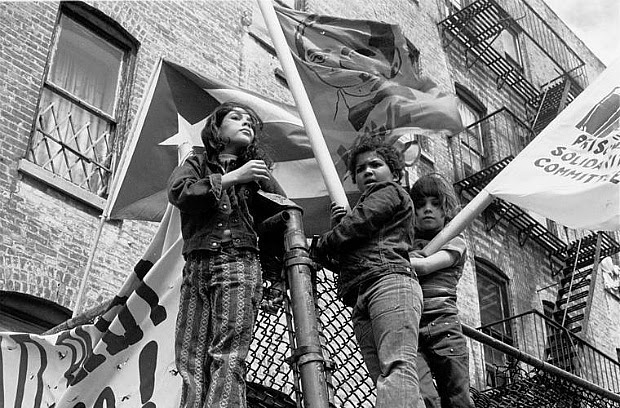 So excited for this upcoming survey of The Young Lords Organization, which will be held at The Bronx Museum of the Arts, El Museul del Barrio, and Loisada, Inc. Below is the information describing the show from the press release:

¡Presente! The Young Lords in New York
The Bronx Museum of the Arts, El Museo del Barrio, and Loisaida Inc.
¡Presente! The Young Lords in New York is a multi-venue artistic and cultural survey of The Young Lords Organization—a radical social activist group founded by Puerto Rican youth in the 1960s that demanded reform in health care, education, housing, employment, and policing. Exhibitions of art and archival materials at three cultural institutions in New York City will explore how the Young Lords’ activities, community-focused initiatives, and their affirmation of Puerto Rican identity inspired artists from the 1960s to the present day, and had a major impact on the City and the social history of the United States.

Young Lords will include public and educational programs across partnering venues to build awareness of the Young Lords’ innovative contributions to the struggle for civil rights and influence on contemporary artists, and to spark conversations about grassroots community activism today. The institutions partnering in ¡Presente! The Young Lords in New York are all located in neighborhoods where the Young Lords were most active, and each exhibition reflects on the Young Lords’ activities in that part of the City.