Eine shot to international fame when David Cameron presented one of his works to President Obama as a gift on his first official state visit in 2010 and is best known for his typography style with vibrant colors.

It is the world’s first airline to open commercial galleries, fittingly called 35,000 ft, across London Heathrow, JFK and Newark Clubhouses and as business class passengers take a seat, they can take a virtual tour of the artwork which include a number of original pieces by Ben Eine.The first exhibition features a collection of 10 artworks priced between £2,500 and £15,000, in Eine’s trademark typography style. Taking inspiration from Virgin Atlantic, owner Richard Branson and the iconic cities of London and New York, 35,000 ft. creates a unique experience for travels. On display at the London Heathrow Clubhouse is a one-of-a-kind, not for sale portrait of Richard Branson.

View some of the images below! 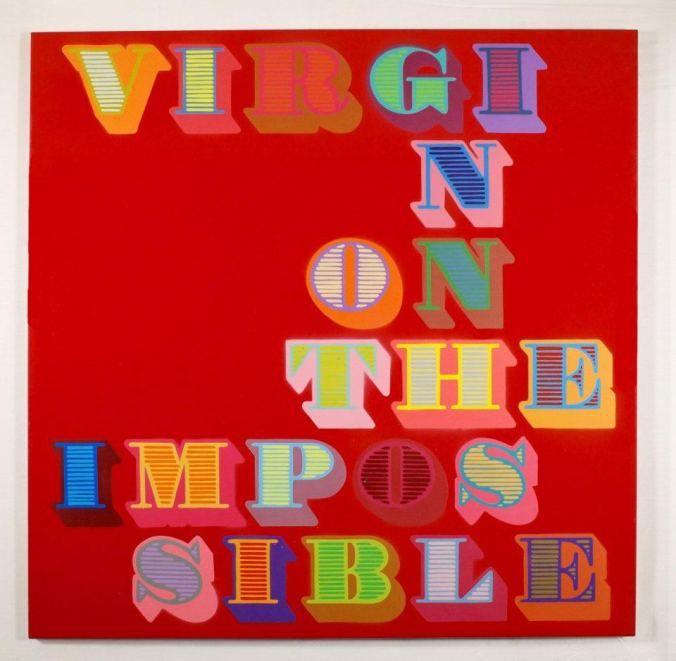 Ben Eine. “Virgin on the Impossible” Gallery in the Air. Virgin Atlantic

Live on the edge, with the arts of course!